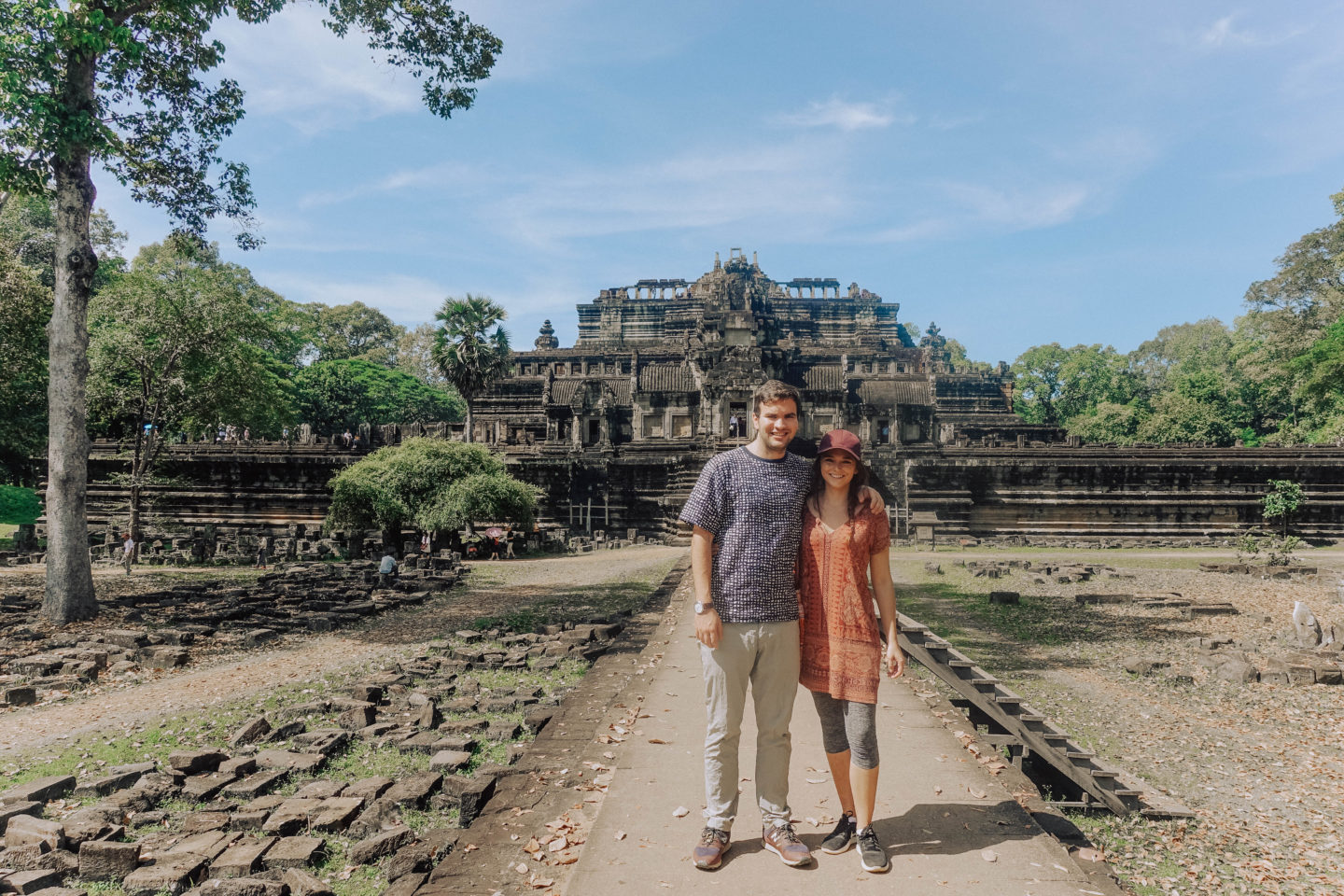 Back in August when we first moved to Hong Kong, my friend invited us out on a junk boat party. At one point during the party, my friend started talking about a  half marathon through Angkor Wat. For the past few years I had been thinking about doing a half marathon, but to be honest they really intimidated me. I had never been what I would consider much of a runner. In highschool when I played field hockey, I dreaded the warm-up when we would have to run laps of the field. I was totally fine running once the game started, but just simply running laps was the worst. I was never very fast, and got bored quickly. I also didn’t think I would be able to physically run 21km – I didn’t think my body and my endurance was strong enough. So I put it off for a long time. But the idea of doing a half marathon through the ruins of Angkor Wat!? That sounded like the coolest thing in the world to me at the time – and what better way to get me motivated than the idea of running my first half through Angkor Wat. So a week after my friend floated this idea to me, I registered for the half marathon and booked tickets to Cambodia for a weekend in December.

Cambodia isn’t very far from Hong Kong so Zane decided to come along for the weekend too. Zane had been before but it was my first time, so we got a guide to show us around the temples for the day and explain the history to us. Our guide was seriously the best. He was so friendly, and took the best photos of Zane and I! He also avoided all the large crowds for us, so we were never having to push through mobs of tourists to see the ruins. We went to a few different temples throughout the day and stopped for lunch in between. We started with Angkor Tom, which is the famous one where Tomb Raider was filmed, and ended at Angkor Wat. My favourites were the ones we did in between, the smaller ones where we were the only people there! The ruins actually span such a large area and there are so many of them. You can go and visit the smaller ones and literally be the only people there. It was all so beautiful. It’s crazy to think about the huge civilisation that used to be there and built all those temples centuries ago. And to think that for centuries, this place was just laying silent in the jungle, slowly getting claimed back by nature. Check out the giant trees and roots in the photos below that are growing out of and through the ruins, it’s spectacular. What really impressed me was the detail that went into the architecture. From a distance you can’t really tell, but when you go up close you realise they are covered in carvings and statues. Can you see the faces on the temples in the pictures below? That’s the face of the Buddha, and his face is on every single temple and even some bridges. It was fascinating.

We headed to bed really early that night because I had to wake up at 4am for my half marathon the next day and I was SO nervous! I even contemplated just doing the 10k the next day instead of the 21k, because I didn’t feel like I trained enough or that I could do it. We got to the start at 6 am and the race started shortly after that. I decided to just take it slow and steady and to stop whenever I needed to. As soon as it started I was loving it! I loved the energy of running alongside all those people. Definitely my favourite part about the whole experience though was all the little children who would stand at the side of the road, and put out their hands out for a high-five whenever you ran by. It always brought a big smile to my face! It was pretty surreal to be running through the Angkor Wat ruins – even distracting at some points, because I wanted to stop and take pictures haha. Before I knew it I had reached the 10k marker and was still running, so I decided to push myself to 13k where I was meeting Zane before taking a break. It was such a relief when I saw him! Partly because it meant I could take a break haha, but also because my phone died at the beginning of the run and I didn’t know if he would still be there. Zane said he was surprised by how good I looked at the 13k mark, because he was partly expecting me to be SO tired and drained and complaining that I didn’t do the 10k instead haha! But I honestly felt great! We stopped for pictures and then I ran the rest of the race, only stopping once to have a banana. Crossing that finish line felt so good! The whole experience definitely proved to me just how much more we can do if we have a positive mind set and believe in ourselves. For the longest time I never thought I could do a half marathon, that I wasn’t fit enough and that it was just too long and hard. I can’t believe I almost didn’t even run the half because of what I thought in my head. I am so glad I pushed through those thoughts and just gave it a try anyways, because I loved it! I loved it so much that I signed up for another one in January. It definitely taught me to never doubt myself and that I am capable of a lot more than I often think.

After the race Zane and I grabbed some lunch and then he had to fly back to Hong Kong. I stayed on an extra night there with my friend. We went for a hot air balloon ride over the countryside at sunset, and then out to dinner at the best restaurant in Siem Reap. The next morning we had breakfast and walked around Siem Reap before heading home.

It was such an incredible trip! I already want to go back next year and do it, and maybe I can convince Zane to run the half with me 😉