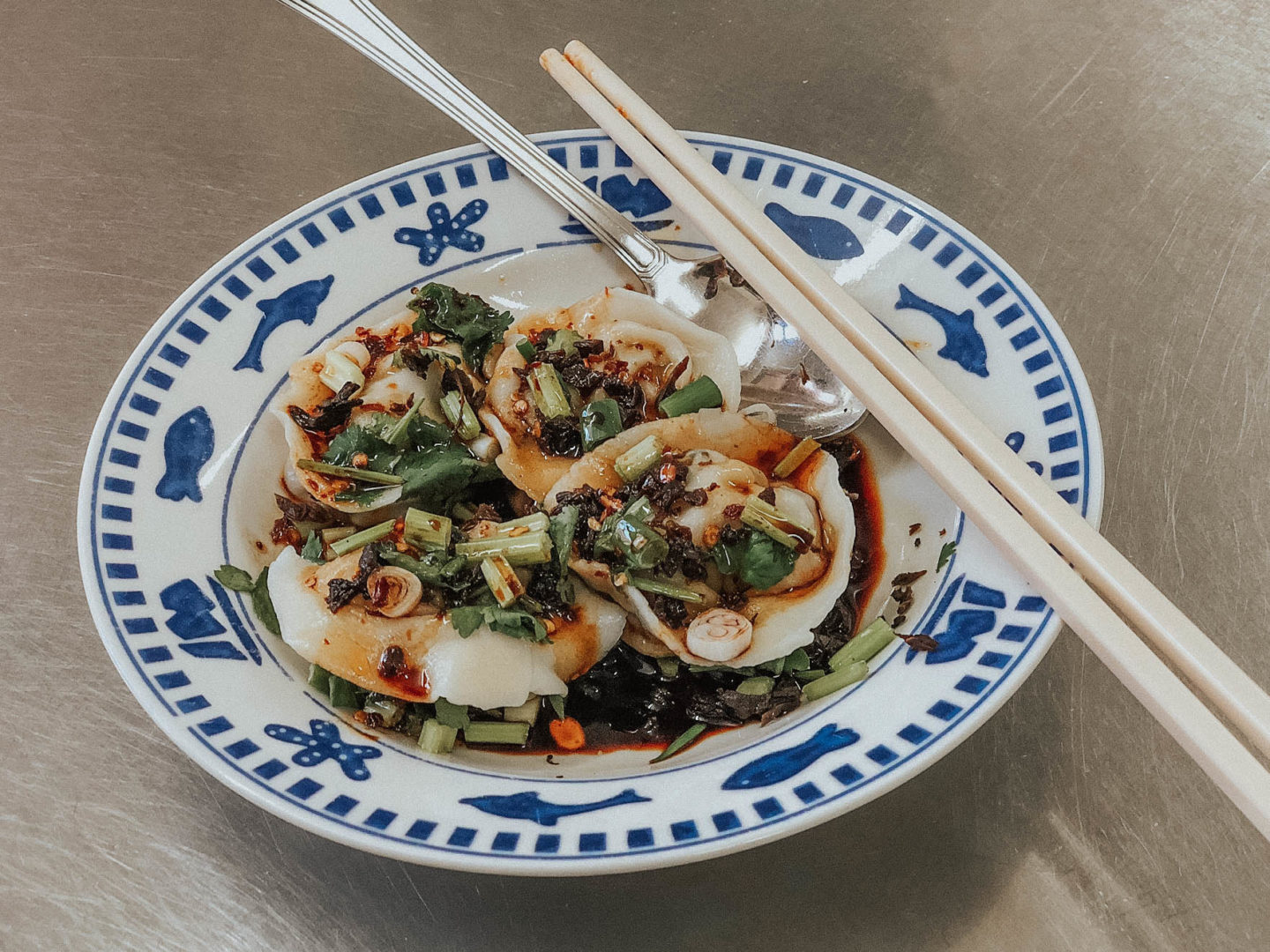 For Zane’s birthday this year I got him a full-day dim sum cooking class at Martha Sherpas’ cooking school, and then I got myself a spot in the class too because I wasn’t about to make him go by himself ;).

Zane and I made dumplings back in the winter and they turned out pretty good, but then he made some for his family over Christmas and he said it was a disaster haha. Zane kept saying how he still really wanted to learn how to properly make dim sum, especially the soup dumplings! I did a lot of research and while there are lots of cooking workshops in Hong Kong, the majority of them cater to tourists. Martha Sherpas’ cooking courses are more geared towards chefs and huge foodies who know how to cook – she actually has a disclaimer on her website that this class would be a lot of work and if you were looking for a “fun” easy cooking class, this wasn’t it! To be honest I was a little nervous – I knew Zane would be fine but I worried I would be way out of my element and Martha Sherpa would be mad! (She also has a reputation for being tough and a little scary!).

And honestly… I don’t know what’s more stressful, my Hong Kong visa application and that whole process that keeps dragging on and on (keeping my fingers super crossed) or Martha Sherpa yelling at me that I’m not rolling the dough right and telling me to throw out all my soup dumplings because they’re no good! Haha seriously, at one point she threw Zanes dumpling across the table because according to her it was no good… intense. The soup dumplings were stressful and Zane and I were only able to make one each that was satisfactory enough to be steamed. To be fair though, Martha and her husband warned us that soup dumplings are the hardest ones to make and they would rather not teach it, but there’s too much of a demand for them to take it off the course. Aside from the soup dumplings, we made three others kind of dumplings and it as all a success! We made boiled dumplings, pan fried dumplings and steamed dumplings.

My favourite were the boiled dumplings, I loved wrapping them up in wontons. We also learned how to make a spicy sichuan sauce that you pour over them which was delicious. The pan friend dumplings were also really good! We placed flour and water in the bottom of the pan and then flipped them over to serve and pulled them apart with our chopsticks. I had never eaten dumplings that way before and really enjoyed it. And of course the traditional steamed pork dumplings were delicious – you can’t go wrong with those! I thought the dough we made for them was particularly tasty.

Overall it was a really great day! Zane and I had a lot of fun, snuck in secret laughs and looks with each other when were being scolded by Martha, ate a lot of dim sum, and truly learned a lot! We learned so much about how to prepare and roll the dough for each type of dumpling, how to properly crimp and fold the dumplings (actually super hard!), how to make the filling and why certain fillings need to be different depending on if they are being steamed or boiled, and the different types of oils and vinegars and soy sauces to use when creating your own sauce.  We’re going to make dim sum again this weekend to make sure we keep practicing and Zane can redeem himself to his family! Haha.

These ones were my favourite! Boiled pork dumplings with spicy sichuan sauce. I loved making them and I loved eating them even more. Can’t wait to make them again this weekend!

These are the pan fried dumplings! I had never seen dumplings served this way before.

Zane and his perfectly crimped pork dumpling! This was his best one yet so we ended on a high note.