Hiking the Great Wall of China 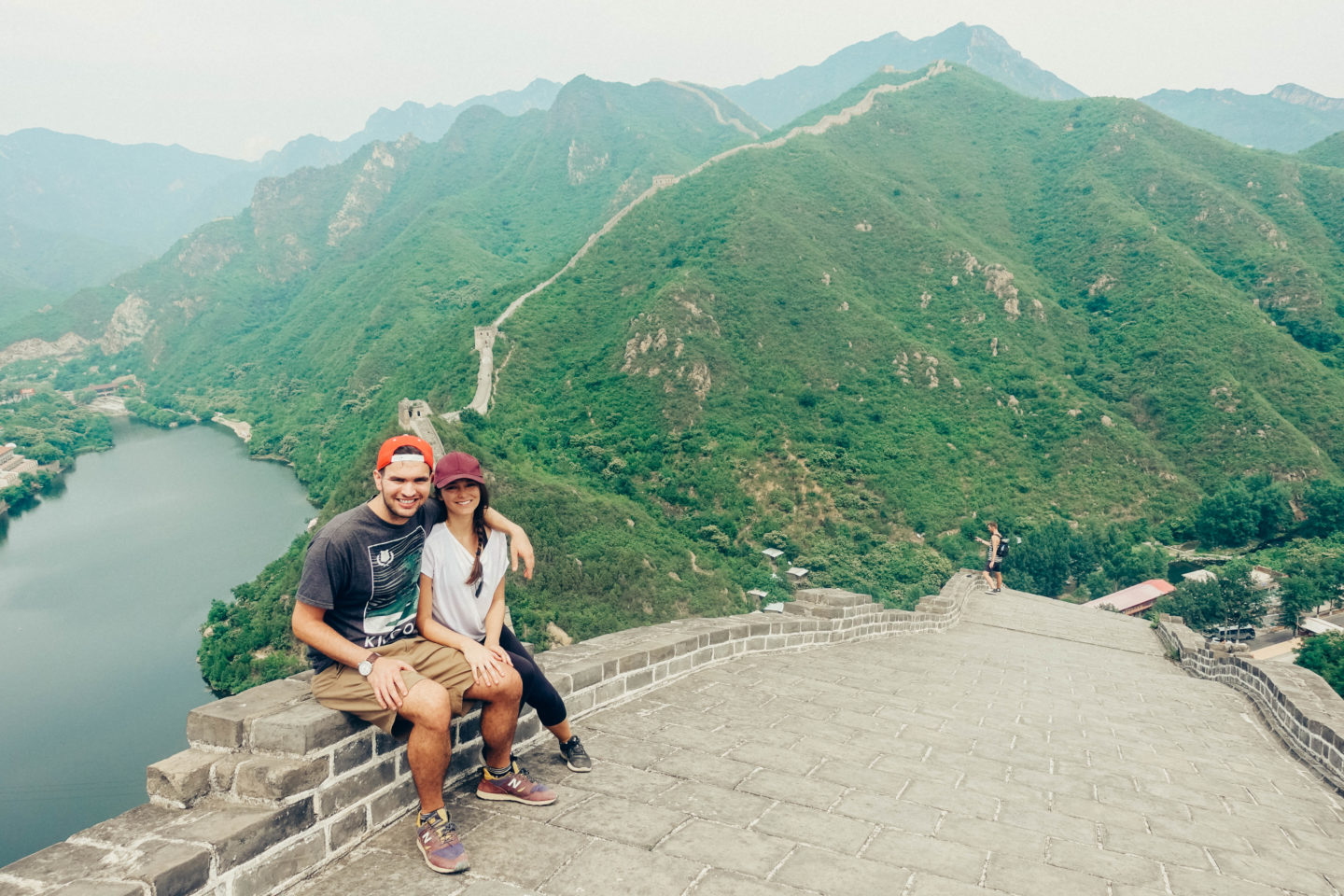 I knew I definitely didn’t want to just go and visit that main tourist section of the wall where there are literally thousands of other people around, so I did some research and found this company that had a one night/two day hiking and camping tour of the Great Wall (you can find them here and they have a bunch of different options!). There was no cooler way to see the wall in my opinion so I signed Zane and I up for it!

Disclaimer: for anyone out there also thinking about visiting China, let me warn you: the visa process is not easy. First you need to have everything booked ahead of time (plane tickets, hotels, etc) and then fill out all this paper work and provide all these forms, and then pay an absurd amount of money for a visa which may or may not be approved. Zane and I left it to the last minute and ran into some troubles with some supporting documents they needed and anyways, long story short – moving to the other side of the world to live with a guy I’ve never even lived in the same city (let alone continent) with? Easy! Applying for a Chinese visa while being a Canadian working and living in Hong Kong? That was a real relationship tester haha. But we got the visas and still love each other 🙂 haha.

We arrived Friday night and on Saturday drove the 4-ish hours outside of Beijing to the section of the Great Wall we would be hiking and camping on. The hike wasn’t too long but it was steep. Definitely not the kind of hike for beginner hikers. For an hour and a half we hiked up the side of the mountain with our large backpacks full of camping gear. It was sweaty, and honestly the pollution left a weird taste in my mouth, but I was still really enjoying myself! It felt like such an adventure. When we finally got to the wall we had a break to take in our surroundings. You can see in the pictures it was pretty hazy (pollution/fog) but we were still able to see a lot so that was great! I’ve heard you can sometimes go up there and barely see a few feet in front of you, so the fact that we could see the wall going along the mountain ridges off in the distance made me really happy for our luck! It was so amazing finally being up on the wall, it was everything I hoped it would be. We were on an unrestored section so it was a really wild and authentic experience, and there were no other tourists around – just our small group. We hiked across the wall for about another hour between multiple watchtowers, and then arrived at our camping spot for the night. Upon arrival we promptly cracked open some beers to celebrate!

We had dinner up on the wall and a bonfire. The meal was provided by a local farm house and next to the peking duck we had in Beijing, it was my favourite meal we had! (We stopped at a couple lunch spots during the drive to/from the wall, one of which was…. less than sanitary to put it lightly). It was a variety of super flavourful and tasty Chinese dishes, and not being a the biggest fan of Chinese food myself unlike Zane, I really enjoyed it! We also brought a nice bottle of red wine from our favourite wine cellar in Hong Kong (La Cabane) to enjoy that night. Sitting by the fire on the Great Wall of China and drinking our red wine is a memory I’ll never forget. A thunderstorm also rolled in that night and we were all able to take shelter in the watchtower and storm watch, it was a great night!

The next morning we all woke up very early (the sun rises at 4:30 am at that time of year there!), had some coffee, packed up our gear and then headed down for breakfast. We got in the bus and drove to another section of the wall for our second day of hiking. This was a semi-restored section, and not as remote as the previous day, but there were still hardly any tourists around besides us! We mostly hiked along the wall for about 3 hours and the views were incredible. The air was clearer, the sun was shining and the chestnut trees were so green. We got to stop at various parts along the way and just take it all in. I’m so happy that we got to do these two different sections – each one was a totally different experience, but incredible nonetheless. Day 2 was definitely more beautiful with the sunny and clear weather, but day one was much more wild! I loved them both equally.

When we got back to Beijing that evening we checked into our adorable hotel in the Hutong district. The Hutong district is the older section of Beijing (think Old Montreal in Montreal). Its filled with traditional buildings, and our hotel was built in a restored Hutong. I’m so happy we stayed in this area, and definitely recommend it to anyone visiting Beijing. We were pretty tired from camping and all the hiking we did, so that night we just checked out a couple bars. One was a tiki bar that was super fun and had delicious drinks! Another was a hidden bar down some alley that was super cool and very “hipster”. Beijing definitely has an epic bar scene which surprised me!

On our last day we woke up early and walked through a beautiful park, all around the forbidden city, to Tianamen square, and then had the most delicious peking duck I’ve had in my life. It was SO good, I don’t have words to do it justice. If you ever go to Beijing, you cannot leave without having the peking duck at Da Dong. We also had some bamboo as a side that tasted like fettuccini, which was surprising because I’d never had bamboo before that tasted so much like pasta! Another huge win. We visited a couple more tourist spots that afternoon and then had a drink in the courtyard of another really cool brewery in the Hutong district. After that, it was time to head back to Hong Kong.

This trip was such a success and exceeded both mine and Zane’s expectations! Beijing is a great city to be a tourist in, the Great Wall is truly iconic, and that peking duck alone was worth the trip!