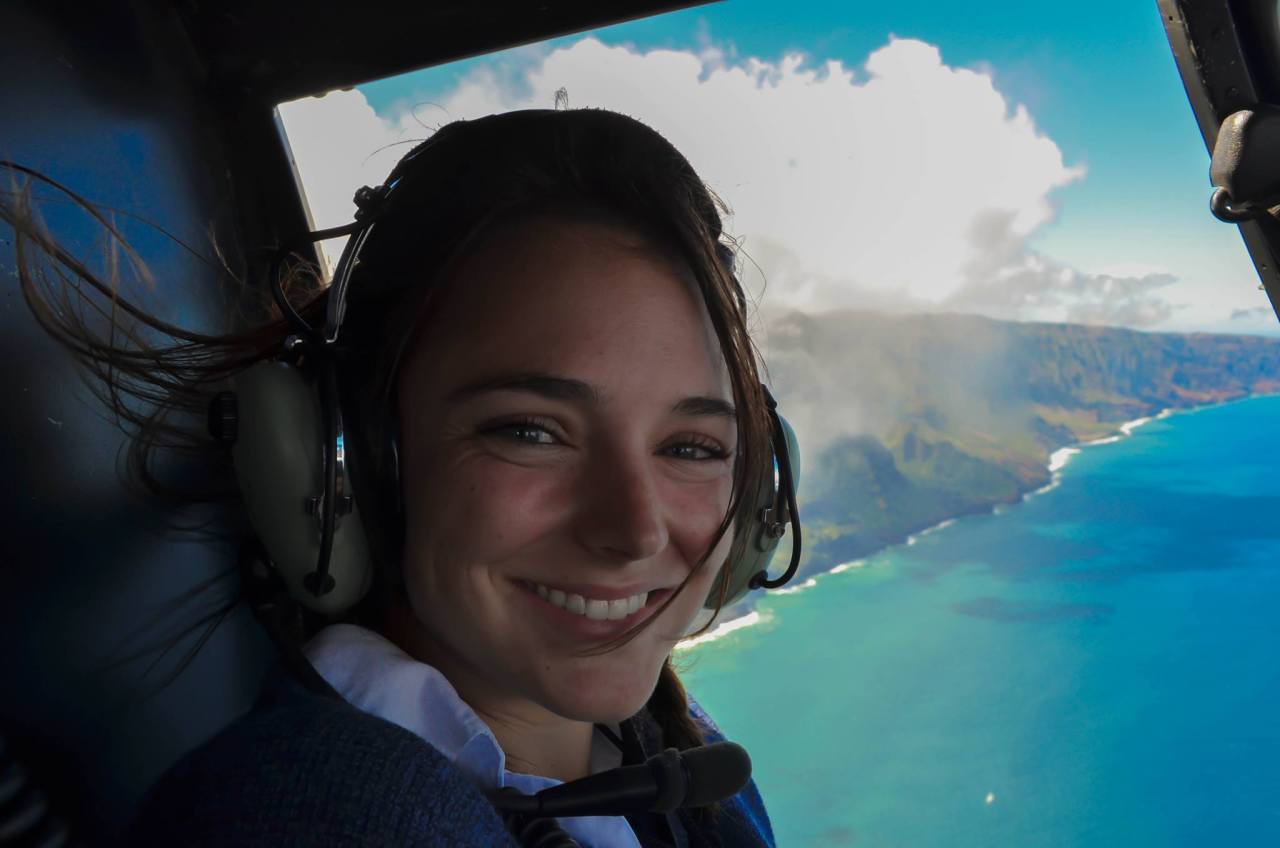 It was truly on a whim that we decided to go to Kauai! We chose the destination because on a map, it looked like it was right in the middle between Toronto and South Korea. Also, out of all the Hawaiian Islands, Kauai was the smallest and we liked that (it is also the oldest). Little did we know that Kauai would turn out to be by far the most beautiful of the Hawaiian Islands, and possibly the most beautiful place I’ve been in my entire life! It was magical! There’s a reason people use the phrase “Paradise Found” when referring to Kauai.

We rented a car for our week there, which is pretty commonplace when visiting Kauai since you can drive all around the island in a day! It’s also the best and easiest way to see the island. It was funny because you could totally tell who was a tourist by the car they were driving. All tourists either drove a jeep or a mustang convertible! Hah! But truly some of my fondest memories from the trip are from the times we spent in that convertible, driving all over the tiny island and being in absolute awe of it all.

Trip highlights: Exploring the island in our car and the amount of inside jokes that accumulated; hiking through the mountains of Na Pali, Waimea Canyon, and along ocean cliffs; no-doors helicopter tour around the island and Na Pali Coast; eating from the many delicious food trucks around the island; picking and eating strawberry guava fruit right from the tree while on horseback; picnics and sunsets; free-diving with sharks and having a tiger shark swim by and say hello; beach hopping all over the island; and marvelling at the many volcanoes, waterfalls, and epic views that were all around, and the fact that we were basically in Jurassic Park!

This car photo series is actually candid which is why I wanted to include it. We were driving back from a day at the beach and I was trying to take a photo with the go-pro, when Zane said something so funny that I couldn’t stop laughing, and because the go-pro was taking a pic every couple seconds or so, it all got caught on camera.

We did this hike on our first day! It started right outside our hotel on the beach, and took us along the coastal cliffs.

After a very muddy, uphill hike/climb up some rocks, we were finally awarded with this view! Coming down, we had to take off our flip-flops because we were slipping so much in them, and went barefoot through the mud. Lesson learned – be prepared with better hiking shoes! It was so funny though.

Horseback riding around the ranch. We discovered on this day that horses do not like to listen to Zane. Again I cried laughing.

Incredible views from our no-doors helicopter tour! It was just us two and it was UNREAL!

We had a picnic dinner on the beach and watched the sunset, and then watched the stars one night. We saw a crazy meteor! It was a bright green light that flew across the sky.

I was so happy on this trip! Our first trip after Zane went back to Korea in the summer and we started doing long-distance. It was magical!