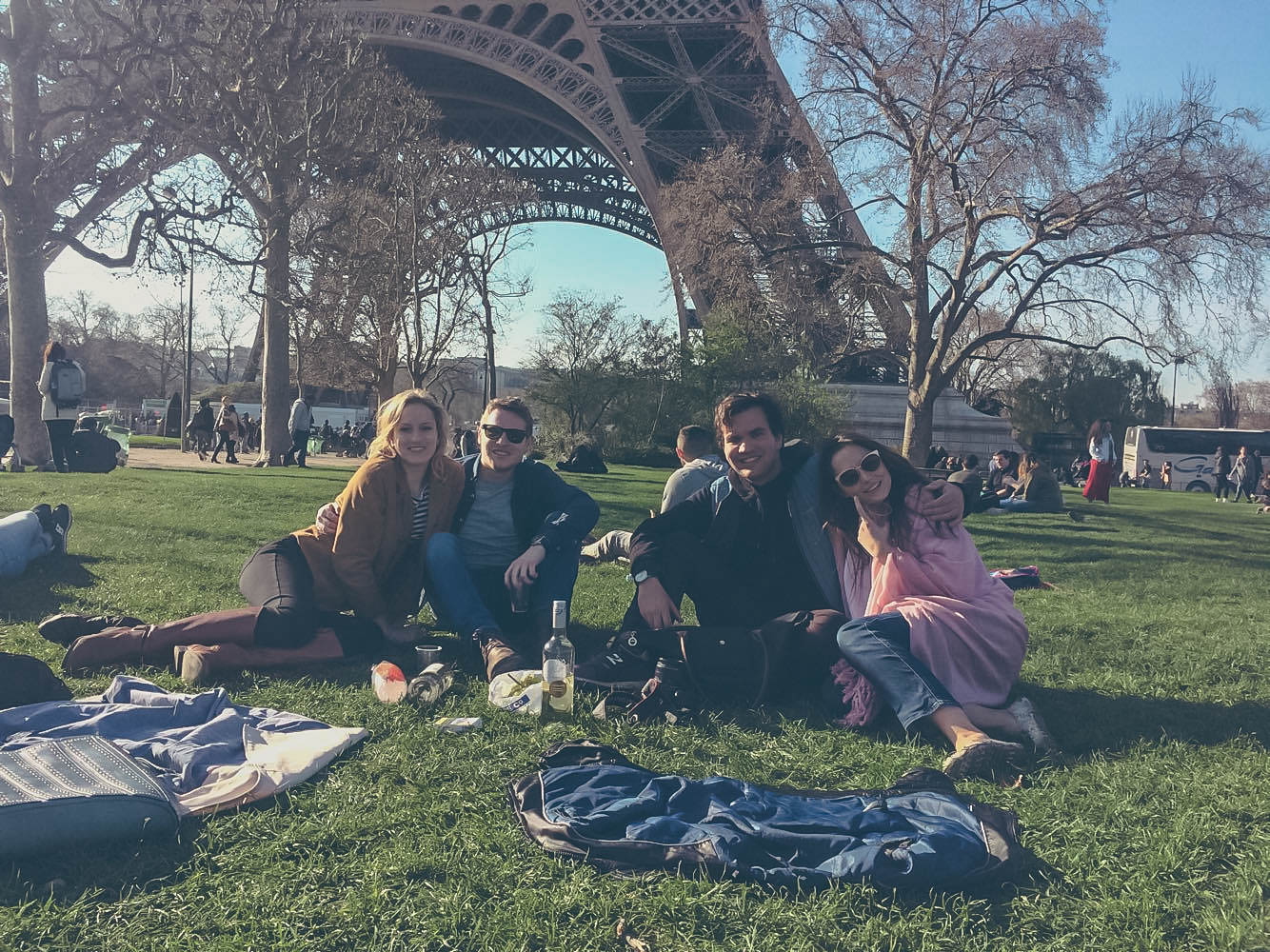 Paris is always a good idea…especially in the spring! We just got back from France with a brief stop in Brussels. We really lucked out with sunny and warm weather the whole week we were there, which was especially amazing for me since Canada is freezing.

This trip was heavily centred around food. I don’t think I’ve ever eaten as much on vacation before! Almost all of our meals were pre-planned and heavily researched (thanks Zane!). We ate everything ranging from Michelin star restaurants to farmers market goodies, and all of it was just sooo good. One of my favourite meals was at David Toutain. It was a prix fixe menu with wine pairings, and it was out of this world. What was surprising was that about halfway through our meal we realised it had all been vegetarian, and the rest of the meal was vegetarian as well. Normally if you go to a good vegetarian restaurant, you will likely recommend it as a “good vegetarian restaurant”. David Toutain is an incredible restaurant, period. It just so happens to be vegetarian, and the food is so amazing, both in the ingredients and the fun, nature-themed presentations, that it takes a while to notice you haven’t had any meat, and you don’t even care! We did a food tour, and some amazing wine tastings in Paris and the Loire Valley, and stopped at the Tattinger champagne cave for a tour on our drive from Brussels to the Loire Valley. While in Brussels we tasted their famous beer and frits, and tried a Belgium waffle which was actually a huge disappointment haha, I’ve had better! We stopped at a farmers market in Ambroise one morning and got some goodies for a picnic, which we had by the river in the sunshine during a day of exploring wine caves and castles. On our last night there we went to a French/Japanese fusion restaurant which was amazing! Zane said this was his favourite, mine was the vegetarian one in Paris, but both unreal!

Some non-related food things we did was see a Moulin Rouge show, go to a Jazz Bar one night, explored lots of Paris by foot, went on the ferris wheel at night and saw the city all lit up, and visited two different castles in the Loire Valley. Also when we were in Brussels I told Zane there was a famous statue of a ‘pissing boy’ that all the tourists went to see, but I wasn’t sure where it was. Zane then went up to some stranger and asked him where “the pissing boy” was and he got the weirdest look from the guy and I just about died from laughter. I’m still laughing so hard just typing this. Goes up in my top 3 funniest Zane moments.

This trip was also special because we were able to reunite with my one of my best friends Charlotte, who has been living in Europe for the past few years. Charlotte and her boyfriend came from Brussels to join us in Paris for our first weekend there, and then we joined them in Brussels for a night later on in the week. So I got to see my boyfriend and my best friend all in one trip!

Trip highlights: Double-date picnic lunch under the Eiffel tower; lunch at Clamato with the best seats in the house, overlooking a beautiful spring garden; learning about wine  at O’Chateau followed by a super fun and delicious meal at Frenchie; walking for miles and exploring most of Paris by foot; food tour around Montmartre (this was ridiculous btw, we ate so much food I thought I would burst); riding the ferris wheel in Paris at night; touring a champagne cave, followed by a delicious al fresco lunch in sunny 20 degree weather; watching the sunset from the garden patio of our hotel on our first night in the Loire Valley; a morning at the Farmers Market in Ambroise, trying all the samples; exploring castles and wine caves; a picnic lunch by the Loire River, eating our market goodies.

Honestly this trip was a dream. So romantic being in France in the springtime!

After a long day of driving from Brussels to the Loire Valley – we finally arrived in time cocktail hour on the patio!