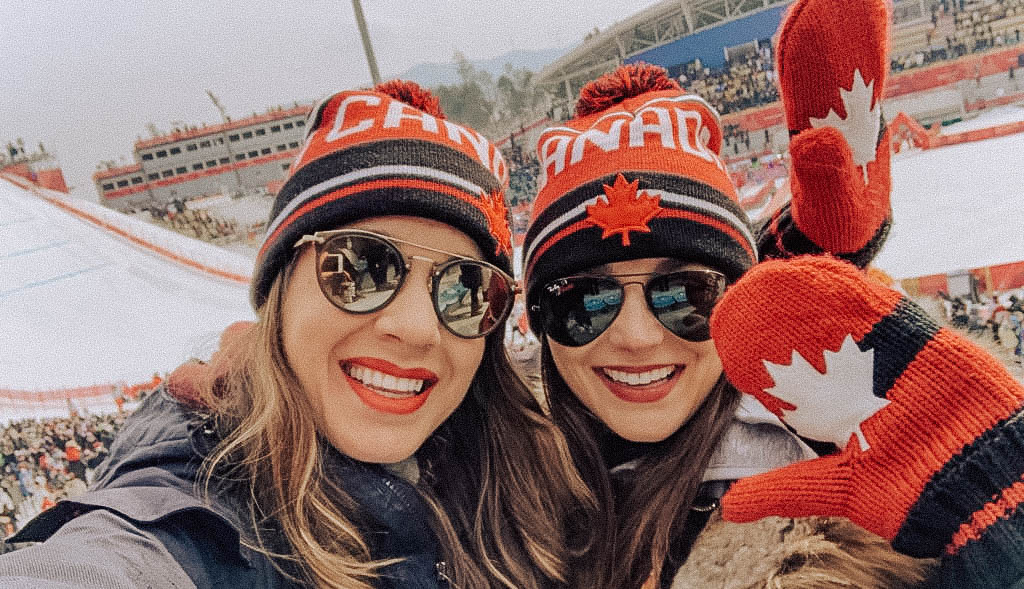 My friend and I hopped on over to South Korea for less than 48 hours to see the Winter Olympics! We arrived early Saturday morning and had tickets to see the snowboard big air jump gold medal at 10am, so literally went straight to the stadium! We picked up our tickets and then found some outhouses with mirrors to freshen up, do our makeup and put on our Canadian swag.

Our main reason for going to to the Olympics this weekend was to see the mens gold medal hockey game on Sunday, which we had hoped Canada would be playing in. Unfortunately that wasn’t the case, BUT Canada did win the snowboarding big air jump! We got to see our country take home a gold medal after all. The snowboarders were insane and blew my mind, they were incredible to watch!

We went to Canada House that afternoon and upon arriving, found out the Arkells were having a surprise concert there that night! I saw the Arkells in Toronto last summer and it was one of the most fun concerts I’ve never been too, and I love their music – it’s so fun to dance to! That night we drank Canadian beer, ate poutine, and sang and danced along to the Arkells – it was pretty awesome and gave me a much needed taste of home.

Sunday we saw the gold medal hockey game against Germany and Russia – not the match-up we were hoping for but super fun regardless! I have both Russian and German background so I was on the fence about who to cheer for, but when I went into the arena and saw all the crazy Russian fans my mind was made up – I was Team Russia all the way! It was such a great game and super close too which had me on the edge of my seat the whole time. In the end it was Russia who took home the gold! Every time Russia scored they would play that old song that goes “those were the days my friend, we thought they’d never end”; and my Grandma (who is Russian) loves that song. I have so many memories or her singing that song to me while I was growing up, so even though it wasn’t Canada playing it still had me feeling really nostalgic!

It was a really quick trip but so worth it, and so exciting! One of the many reasons I love Hong Kong is having the ability to do spur of the moment weekend trips like this, without missing a day of work!