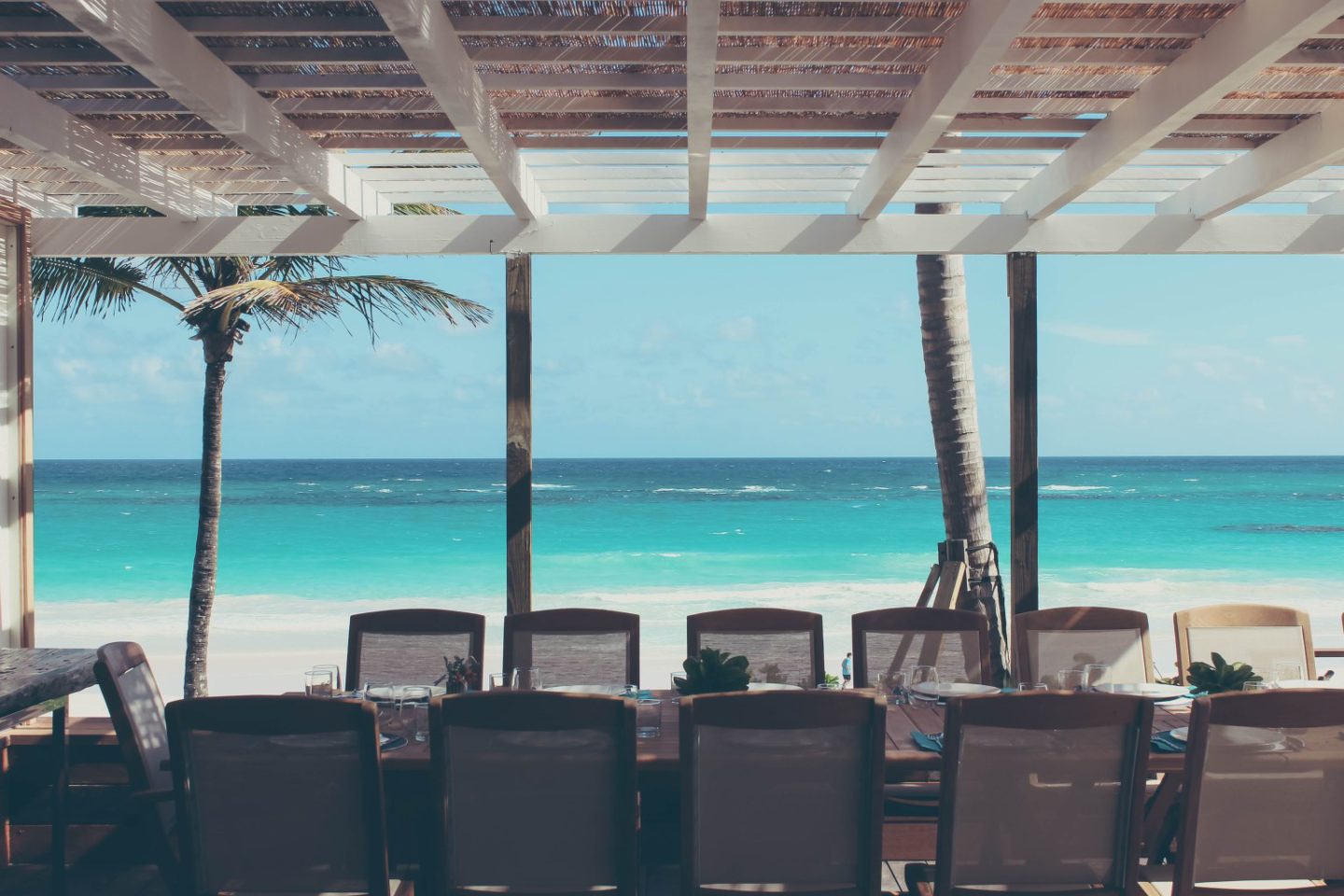 The day after Christmas, Rochelle and I took a big plane, a small plane, and then a boat to join our friends on Harbour Island! Lucky us! It was such a fun week with so many friends. Lots of singing, dancing, laughing, eating, swimming… all the best things in life!

Zane and I got to stay a couple extra days after everyone else had left and explore more of Eleuthera. We went to another island and had a great long lunch with an amazing view of the ocean, and after that we went cliff jumping! You had to walk down this path through the bush and then out of no where it opened up and you were standing at the edge of this huge crater-like hole. It was like the cenotes in Mexico. The water inside was so blue and clear, you could see right down to the bottom. It was such a beautiful dark blue, I’ll never forget it. It’s called sapphire hole, which is very fitting. We both jumped in a few times and there was a rope ladder to climb out. I don’t know exactly how high it was, but I was surprised by the amount of time I spent in the air!

Trip Highlights: Long sit-down meals with great people, food and views; a surprise junkanoo band after dinner one night; a surprise performance by The Travelling Gypsies during dinner on NYE that continued into the party after, with everyone singing and dancing their hearts out; cliff jumping into sapphire hole on Eleuthera; playing Kubb on the beach of an island we had to ourselves for an afternoon (and Zane’s really funny, accidentally very inappropriate joke that I will never stop laughing about when I think of it, and that goes up in my top 3 funniest Zane moments); lazy mornings on the porch, doing the New York Times crossword puzzles with Zane; and in general just being in such a beautiful place with beautiful people inside and out!