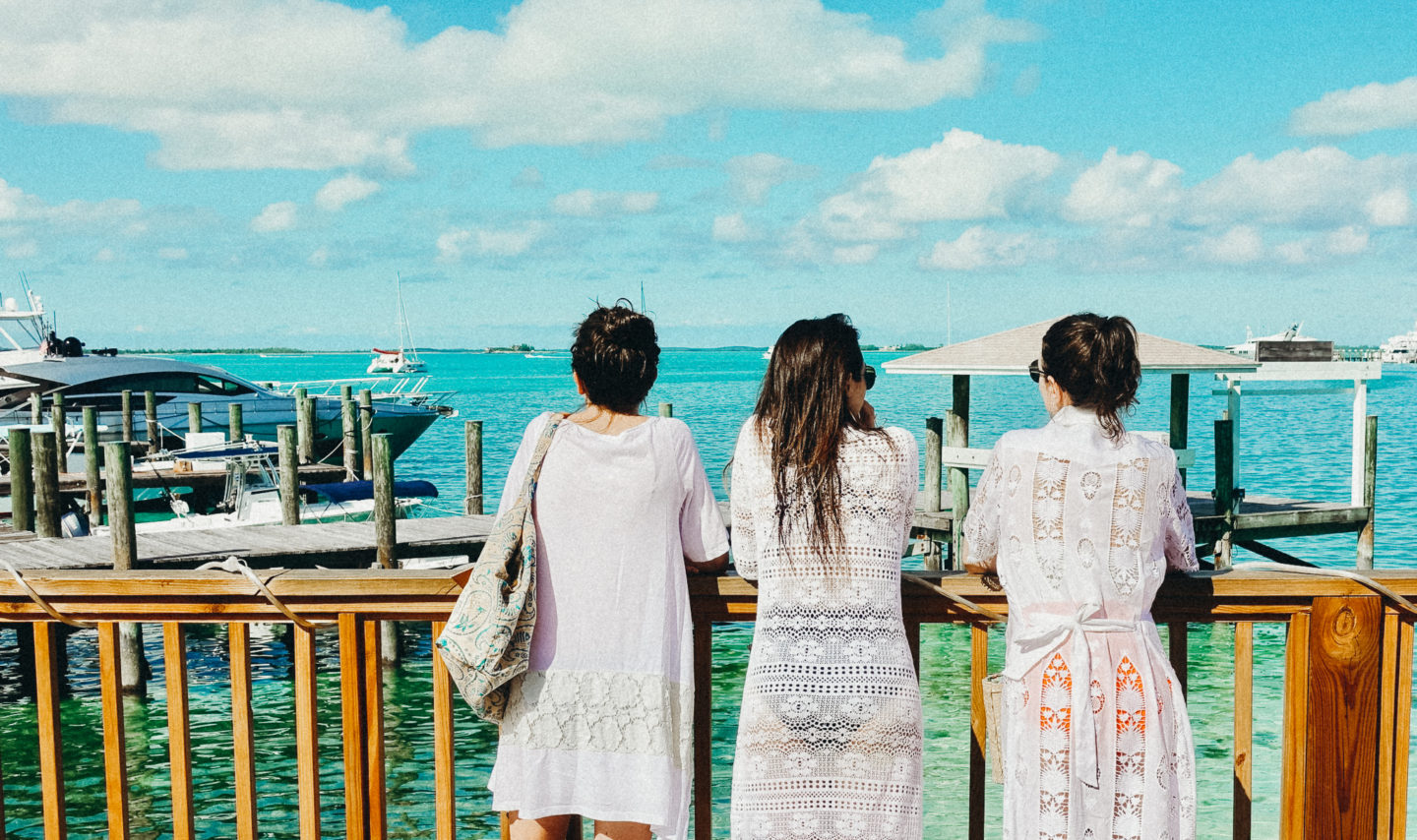 A super quick trip down to Bahamas this year between Christmas and New Years for me, but always so worth it! I loved spending time with my sister and all those people I love and have so much fun with! (You can see pictures from last Christmas at Rosalita here.)

Rochelle and I got there on the 26th which is always Junkanoo night! After dinner we headed down to the main street and watched the two teams battle it out through their parades of music, dancing, crazy floats and costumes! We even marched along at one point with one of the bands, dancing to their junkanoo beats! It was such a fun and amazing time.

We had a Secret Santa one day before lunch, and our friend Taylor who organised it came out dressed in a Santa costume! It was awesome! Also, thank you Robbie if you’re reading this for “forgetting” my gift! 😉

Another day we took a boat over to Eleuthera to have lunch at Ocean Tally. It was a pretty exciting restaurant to get to – after the boat, we all loaded up in the back of pick up truck to be driven the rest of the way! The restaurant is so beautiful, perched up on cliffs over the ocean – it feels more like you’re in the Mediterranean rather the Bahamas. And the food there is sooooo good – we had the best crab legs!

On the 27th we had a Great Gatsby themed party and it was probably the best theme party I’ve ever been to. Pretty much everyone put 100% into their costumes, and some even had flapper dresses that were from the 1920s. We even had cocktails that were on theme, it was really incredible! Also twirling and shimmying in a flapper dress with fringe is some of the most fun you’ll have in a dress.

Zane and I both had to leave on the 30th, so on the 29th there was a Mexican Fiesta send-off, pseudo New Years party for us. The decorations blew my mind! And the food was incredible… who doesn’t love Mexican? After dinner we had a giant bonfire down on the beach! Literally the biggest bonfire I’ve ever seen and I have had my fair share of bonfires growing up in Ajax. A giant hole for the fire was dug into the sand, and there were couches and cushions all around for everyone to sit on. It was a perfect last night!

One of my favourite things about Habour Island is how everyone drives around in gold carts to go place!