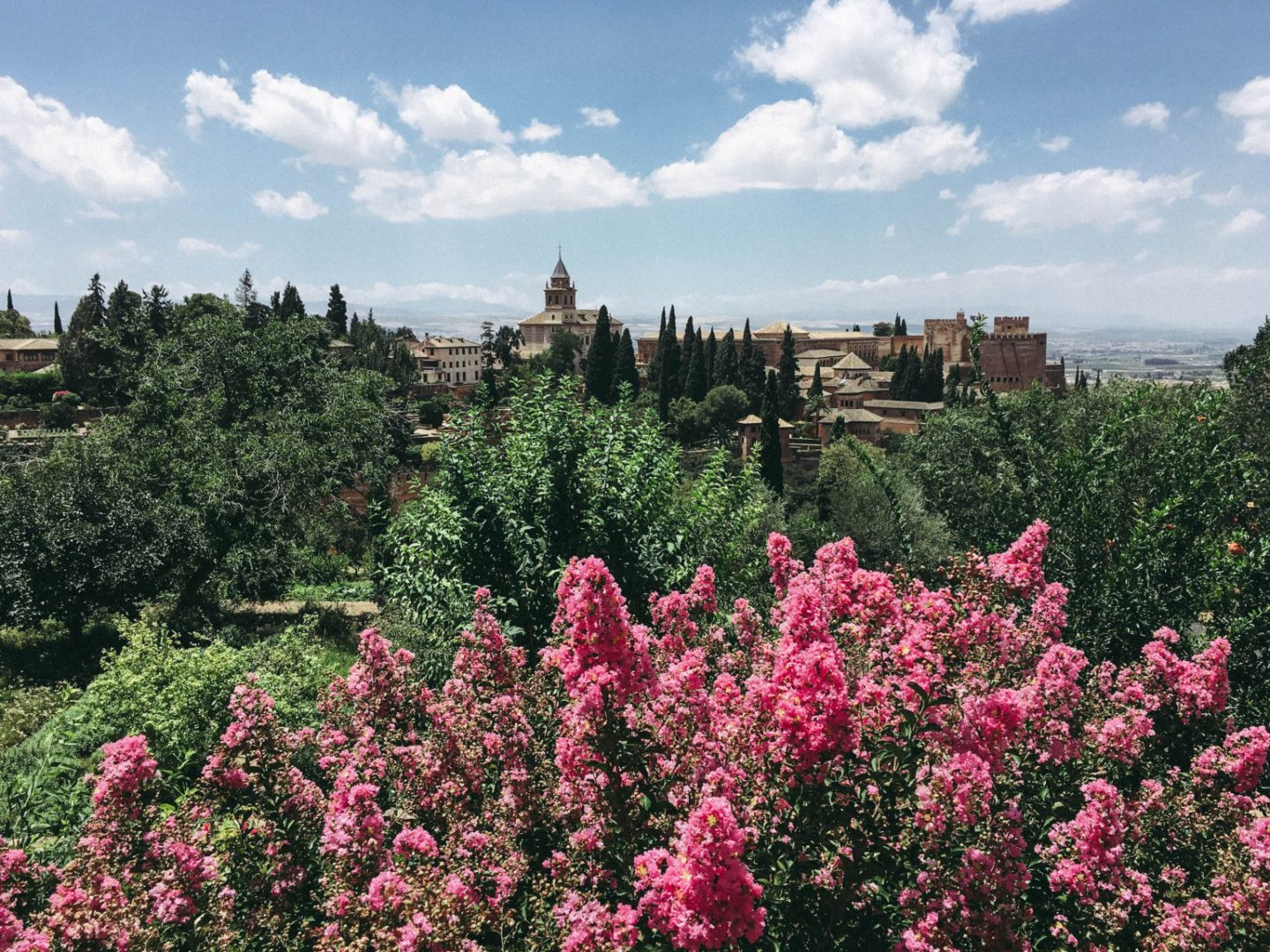 In the middle of summer my family and I took a two week trip to Spain and Portugal. Spain was hot but so, so beautiful! We went to Madrid, Cordoba, Granada and Seville. People have been asking what place was my favourite, and it’s a hard one to answer! This trip was sort of a “tapas tour” (as my Dad would say) of Spain and Portugal, so we were never in one place for more than two nights, sometimes three nights.

I joined my family late and met them in Madrid, after they had come from Barcelona. I was really jet lagged when I landed in Madrid, but I still got out to explore and experience as much as I could. My family went on a tour during the morning which I was too tired to go on, so I did my own thing and ended up following a Madrid walking tour guide by National Geographic that I found online. I was actually surprised by how much I liked Madrid! It’s such a colourful city and I enjoyed exploring the old city of Madrid the most.

Next we went to Cordoba, which is a tiny little Medieval town that you could easily walk the length of in an hour or less. We stayed at this boutique hotel that had ancient ruins from the 1st century BC underneath their restaurant! They had a glass floor in the restaurant so that you could see the ruins underneath you when you dined, all lit up at night, it was so cool. I was particularly excited for Cordoba because we were doing our first food tour there one evening, and it was so much fun! Our guide was such a riot and knew all the best spots. We had lots of tapas, wine, cheese, Iberian ham (my fave), and dessert. It was a really great night with the best food and the best guide! We also watched flamenco dancing one night and the dancer asked an audience member to come up on stage and dance with her. She ended up picking my mom, who is actually a flamenco dancer! It was so funny to see the shock on everyones faces when they saw how great my mom was, both the dancer and the audience! It was amazing for us all to see my mom dance and such a special memory, I’m so happy we got in on video. For those who don’t know, my mom used to be a principal dancer for the National Ballet of Canada – a long career that ended when she decided to have me 🙂 But she’s still got it! She took up flamenco dancing a couple years ago and blew everyone in Spain away with her natural talent. We were all so proud! Thinking about it now, Cordoba might have been my favourite place in Spain. It was really small, but super charming and beautiful.

After Cordoba we went to Granada to see The Alhambra, which is a giant Arabic palace/fortress. The palace was massive, and I loved seeing the Arabic architecture and designs. My favourite part about The Alhambra was the gardens, they were so beautiful! I could spend a whole day just walking around those gardens. I really enjoyed walking around the small town of Granada as well. I went to this one restaurant called Bodegas Castenada to try their tapas and sherry, which was recommended to me by a local. Both were amazing! I went back with my sister for some more tapas and this time we tried their wine. While they are famous for their sherry, we both enjoyed their red wine more! It was a local wine that was so good, and Rochelle was smart enough to bring back home a bottle.

Seville was our last stop in Spain. On our first day there we walked around the city, saw some more cathedrals and Arabic palaces and gardens (one where Game of Thrones was filmed). The highlight of the trip for me was on our second day in Seville, when we went on a hot air balloon ride at sunrise! I had never been on a hot air balloon but had been wanting to for a long time. We woke up super early in the morning when it was still dark out to drive to the location. It was really cool seeing the balloon inflate, it was so big! I was a little disappointed by the cloud coverage by the time we got into the basket, because it meant we couldn’t see the sunrise, but I still was loving being up in the air and gliding over the countryside. Then our pilot took us above the clouds to see the sunrise and it was INCREDIBLE! I couldn’t believe it! It was like nothing I’ve ever seen before, we were floating so silently in the open air, above the clouds, watching the sun come up. It was beautiful. Below us all we could see was a layer of clouds. It felt like being in heaven the way it’s described in story books! I was actually so happy that it was cloudy that day, because it gave us that unique, one-in-a-lifetime experience. And what an amazing memory to share with my whole family! It was awesome! After the hot air balloon we had champagne, which is apparently a tradition each time you land, no matter how early in the morning it might be. So of course we obliged! 😉

Spain really stole my heart – what an absolutely beautiful country with such a diverse and interesting history. A cherished memory with my family I’m never going to forget!